Hello everyone, my name is Nkosana Ndlela and I am Junior Systems Developer aspiring to be the best Programmer of my field.

My story began 2014 when I went for registration at my former university for someone who was new at the place I didn’t understand build numbers, offices which did extent my registration of one day task turning into week, I knew this was a problem most institutions faces. As the world is moving to 4th industrial revolution, well others are saying we are already in the 4th industrial revolution, let me share some thoughts.

We are living in an era where we teach Robot/Bot to behave like humans that’s where TUT_INFO_BOT was born, designing Artificial Intelligence which can interact with users having institution information, such as sport update, open labs, exams schedule and buildings numbers. This entire project boils down to one content Machine Learning and AI the project is design using IBM (international business machines) Watson with services such as text-to-speech, speech-to-text, visual recognition, and some hardware components such as microphone, which is plug-in Raspberry pi.

The Bot allows students to query questions related to the institution and give feedback in form of a voice. Using services such as visual recognition enables the TUT_INFO_BOT to classify what is seeing or what is around it with results of 0.7-0.8 percent positivity which is good because Watson is being pre-trained all this is machine learning classification which is also available in some phone like Apple.

Technology is changing/moving/speeding on a faster pace new words keep popping-up VR and AR each time, actually the new topic which has cause massive disruption is MR. All this Tech worlds have one common letter, letter R(Reality), which mean Technology is coming more Reality, interactive. Let crack down some of this Tech words before swallowing the whole fish.

Virtual -> not physically existing as such but made by software to appear to do so.

Virtual Reality is one of the coolest Tech developed by allowing one to escape/shut down the real world, by using VRBox person enters a simulated environment or place hope for. Recently, Virtual Reality has even been used to help sick children escape their hospital environments and bring them to happier surroundings that is how powerful VR is. 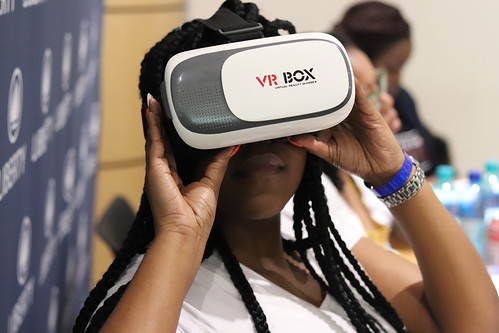 Augmented -> having been made greater in size or value.

Augmented Reality operate vice versa than VR by not closing the Real world, but allow one to add objects on top of the Real World it can be in form of 2D or 3D layered content that opens up whole new world. 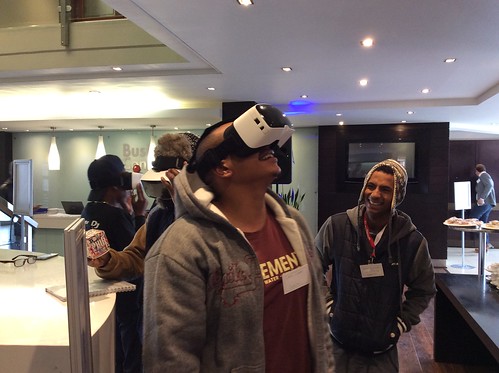 Both VR and AR are unconnectedly and operate in different devices still they perform magic, image combining the two Tech in one single device, that is the future MR (Mixed Reality)? This statement is debatable.

MR is the mixture of both VR and AR, which makes it to be more powerful, MR device include several Technologies such as sensors, advance optics and better displaying pixels.

Catch up on all the exciting news from #CES2018, learn more about Cortana and the Harman Kardon Invoke speaker, and how to get started with Mixed Reality Viewer: https://t.co/fiFoSBG93w pic.twitter.com/XGRsU6LBNZ

MR is the trending topic for those in Tech Space and for those who are new to Tech as for people like me who are into games its dream coming true cause MR works by scanning your physical environment and create 3D map for your surrounding so it will know exactly where and how to place digital content in realistically while allowing you to interact with it using gesture/gear purely magic.

The question is will MR run in our machine or we need to upgrade adding extra peripheries to machines? The answer is precisely Yes, while some feature of Windows 10 are already design to accommodate MR. Paint 3D is one of the newest Tech available in windows 10. The future of Tech is ever evolving.

As Geekulcha Markers, crew we are busy working on SkateHacks project where we turn normal skateboard to super cool Machine with adds such as VR (virtual reality) using VRBox, aim of VR is for expanding user horizon without limitations since VR can bring whole new world skaters are longing for by creating simulated environment and skate all the way.

Here are some cool platforms for kick-starting/join AI movement

As Developers, we need to keep up with the momentum, with new platforms and skills not needed only in market but worldwide Big Up to all the Dev like Kwesta words: "Spirit”.

Geekulcha is where the young, skilled, creative and ambitious tech minds meet to connect with each other, share knowledge, collaborate on projects, network with industry leaders, obtain training to further improve and enhance

Hello fellow developers, my name is Thato Banda. I am a Junior Mobile Applications Developer at Geekulcha, student in Information Technology(Technical Applications) at the Tshwane University of Technology. An aspiring Applications developer.